You need Git, Maven and Java(JDK) and an IDE installed on your computer. Your IDE might have JDK and Maven embedded, if so you may skip step 3.

As of August 2022, we work on OTP 2.x and are using a Git branching model derived from Gitflow. All development will occur on the dev-2.x branch. Only release commits setting the Maven artifact version to a non-snapshot number should be pushed to the master branch of OTP. All other changes to master should result from fast-forward merges of a Github pull request from the dev-2.x branch. In turn, all changes to dev-2.x should result from a fast-forward merge of a Github pull request for a single feature, fix, or other change. These pull requests are subject to code review. We require two pull request approvals from developers part of the OTP Review Team. These developers act on behalf of the leadership committee members. The reviewers should be from two different organizations. We also have validation rules ensuring that the code compiles and all tests pass before pull requests can be merged.

The dev-1.x exist for patching OTP version 1.x, but with few people to do the reviews, very few PRs are accepted. We recommend getting in touch with the community before you spend time on making a PR.

If no ticket exists for the feature or bug your code implements or fixes, you should create a new ticket prior to checking in, or ideally even prior to your development work since this provides a place to carry out implementation discussions (in the comments). The created issue should be referenced in a pull request. For really minor and uncontroversial pull requests, it is ok to not create an issue.

The architecture and code conventions are only available on GitHub, not in the project documentation. These documents contain relative links to code so, they are a bit easier to maintain that way. The target audience is also active OTP developers that have the code checked out locally.

The changelog file is generated from the pull-request(PR) title using the changelog workflow . The workflow runs after the PR is merged, and it changes, commits and pushes the Changelog.md. A secret personal access token is used to bypass the "Require PR with 2 approvals" rule. To exclude a PR from the changelog add the label skip changelog to the PR. 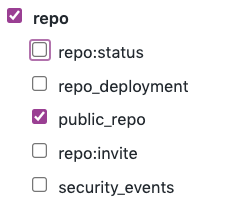 New releases can be found on GitHub. Releases are performed off the master branch, and are tagged with git annotated tags.

OpenTripPlanner is currently configured such that builds including releases upload JAR files to GitHub Packages. This is not the most convenient place for end users to find and download the files. Therefore we also attach a stand-alone "shaded" JAR to the GitHub tag/release page, and have historically also uploaded Maven artifacts to Maven Central including compiled and source code JARs as well as the "shaded" JAR containing all dependencies, allowing stand-alone usage. This release process is handled by the Sonatype Nexus Staging plugin, which is no longer configured in the OpenTripPlanner POM. This step currently requires making a few significant manual modifications to the POM.

We no longer trigger deployment of artifacts to Maven Central or deployment of REST API documentation to AWS automatically in our build scripts (GitHub Actions). These steps are prone to failure and require storing a lot of infrequently used secret information in the repo and environment variables on GitHub. Our releases are currently not very frequent so we just carry out these steps manually by following the checklist. We aim to make a release every 6 months.

Use the Release Checklist to perform the release.